We look forward to seeing you !

See you in January 15th!

Looking for the perfect sunny break? You’re in the right place!

Book now and benefit from our best price for your stay !

What to do in Saint-Tropez and nearby ? La Villa Douce, Le Rayol-Canadel-sur-Mer

The Gulf of Saint-Tropez conceals little creeks situated on preserved sites where it is nice to bask in the sun. The village of Rayol-Canadel-sur-Mer alone has five fine-sandy beaches. 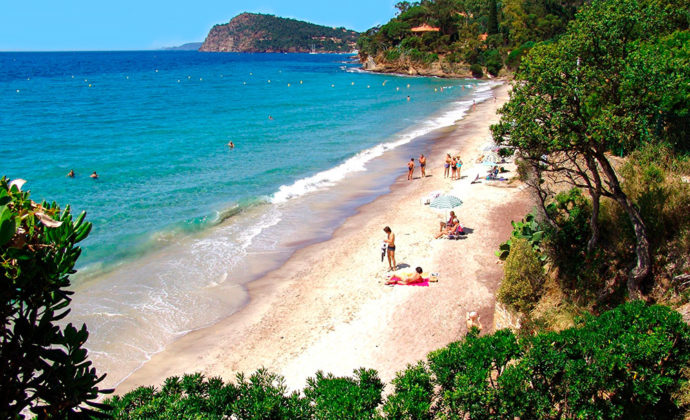 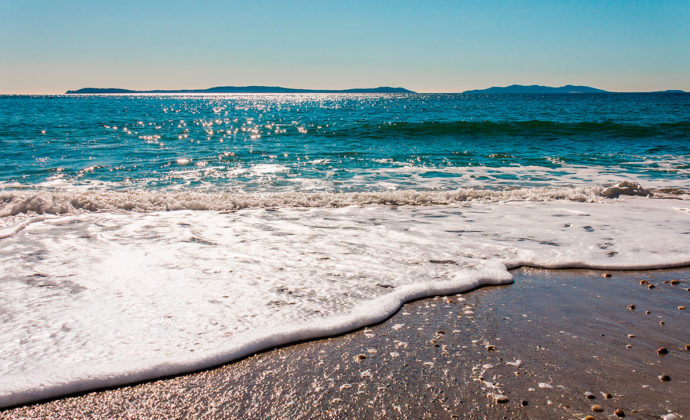 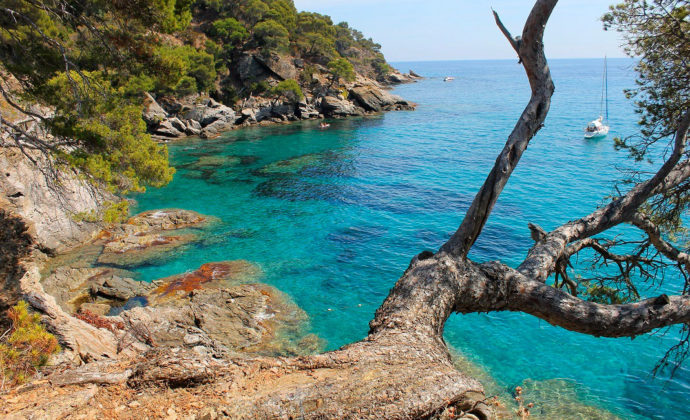 The Pointe du Figuier, The small port’s Cove and beyond… 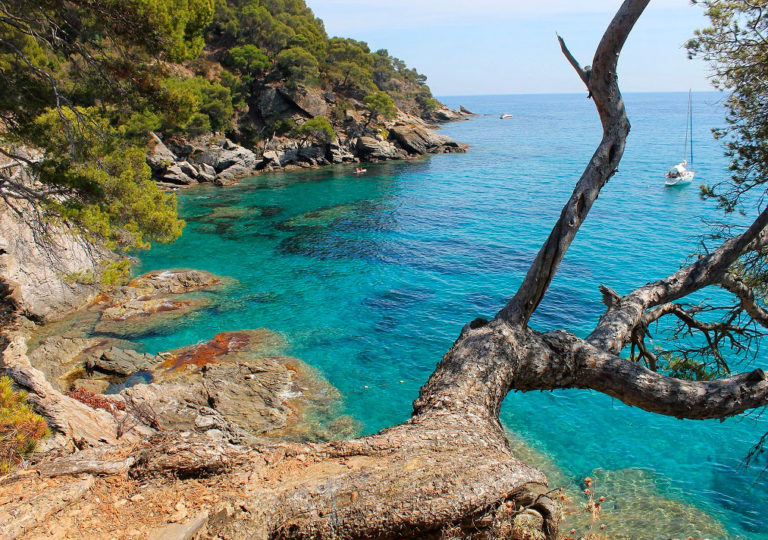 The Pointe du Figuier, The small port’s Cove and beyond…

The Pointe du Figuier is only accessible through the Jardin des Méditerranées as this is a protected coastal zone, making it a preserved and exceptional place. We get there from the Domaine du Rayol by booking their “seaside outings”. Let us not hesitate the least bit, as this experience is without doubt one of Rayol’s most fabulous. 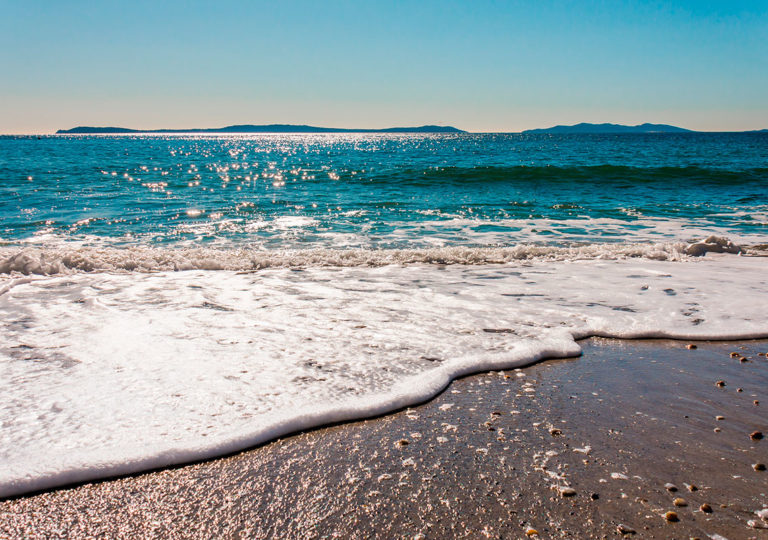 From Canadel’s beach, it is worth prolonging the walk on the green track, the old railway line, for just over half a mile to go as far as Pramousquier beach. The districts of Rayol and Lavandou share this lovely expanse of sand close to Cap Nègre. It is nice to bask in the sun while admiring the Or islands off the coast… It is also well liked on account of its orientation which shields it from the high winds on mistral days. We recommend it more outside of the peak season as it can be quite busy. 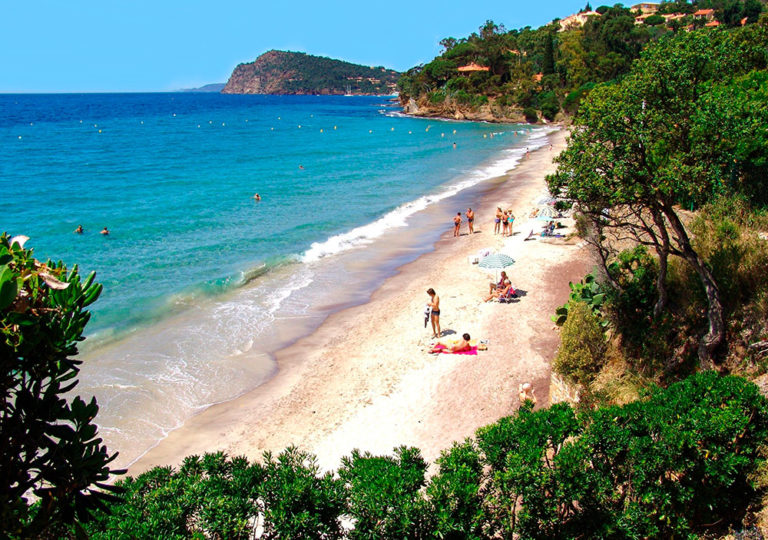 This is one of the Var’s most beautiful beaches and it is only 6 minutes away from La Villa Douce by car. At the foot of the wooded hills, Canadel’s beach is bigger than Rayol’s. Its stretch of sand is also divided into two parts, east and west, by a rocky promontory. Here, the mood is a family one! One does not hesitate to put on their mask and tuba as the sea bed is exceptional. A free car park makes it possible to park nearby.

The beach closest to La Villa Douce is Rayol’s, a mere 5 minutes away by car. For added comfort, a regular shuttle bus service operates between the hotel and the beach in peak season. It is also possible to go there on foot via a pleasant trail that descends all the way to the sea and end the walk with a refreshing dive in the sea.

Rayol’s beach which is actually made up of two small beaches, is our favourite not only because it is situated in an idyllic setting, but also because it is less busy than its neighbours, even in peak season thanks to the fact that it is hardly visible from the road.

Le Rayol is a Riviera haven of peace, even at the height of summer. As one walks along the coast roads, one sights sumptuous villas, built during the Années Folles.

The Domaine in Le Rayol 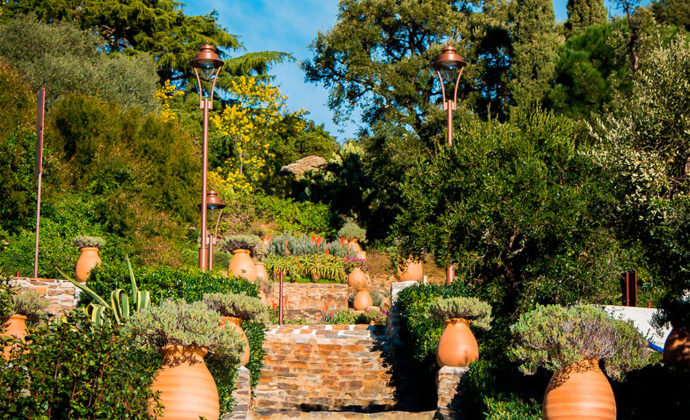 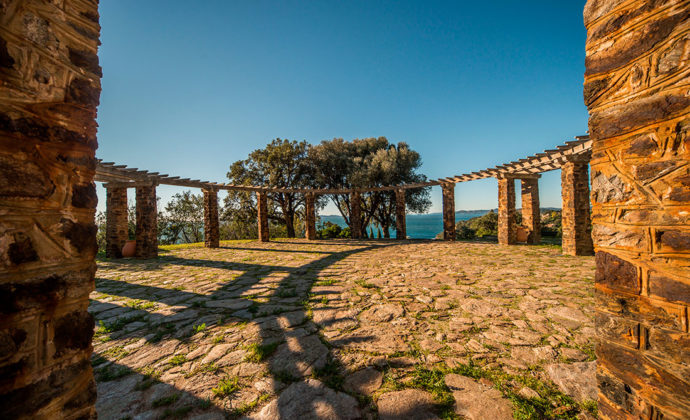 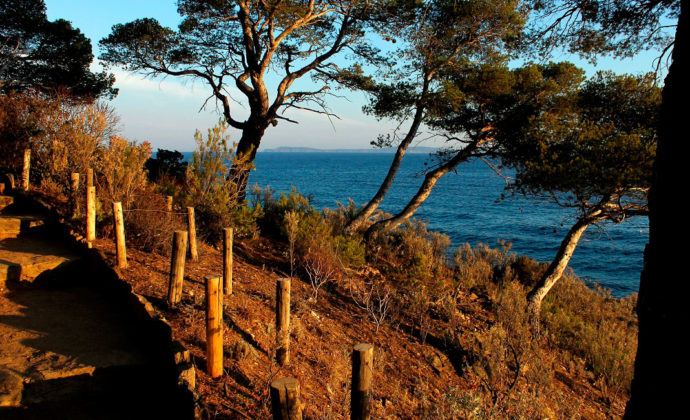 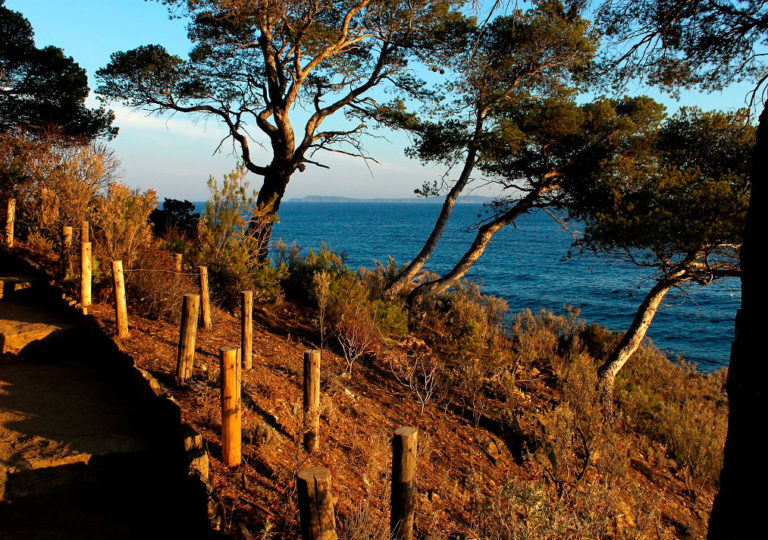 At La Villa Douce, our gaze is naturally turned towards the omnipresent sea. But if we take the time to look around, we will notice that the sea is far from being the sole attraction of the place. The Villa is situated on the hillside of the Maures Massif, a small mountain range that runs alongside the coast and is covered in rivers and scrub. On these sunny lands where you breathe in the pines and the good Provence air, it is lovely to lose oneself among the oaks, brooms and arbutus…

Our advise for going out wandering: wander on foot. 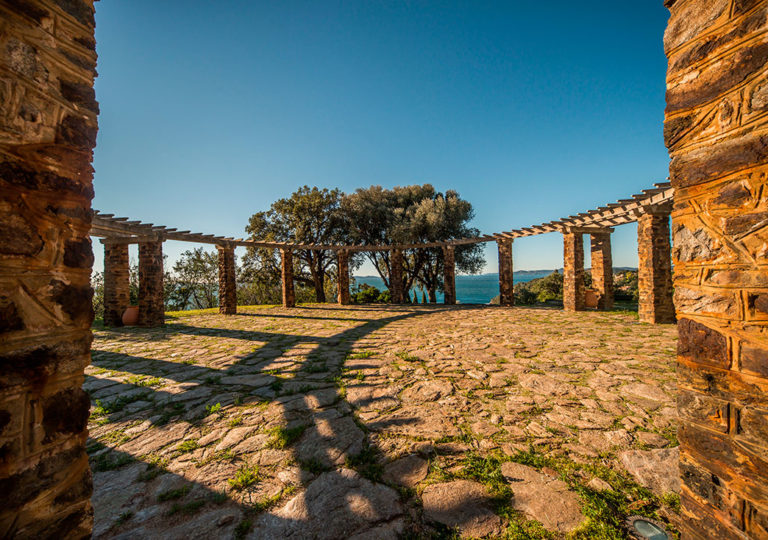 Whilst climbing the monumental staircase, one takes a break at the Patec Pergola to appreciate its architecture and also to enjoy the first wide view of the horizon. It was formerly a threshing floor in the past, the place where harvesters laid down the cut wheat and treaded on it in order to separate the grain from the ear.

Just like the staircase, this circular pergola is listed on the supplementary inventory of historical monuments. The place being conducive to meetings, important district events are held here on a regular basis. 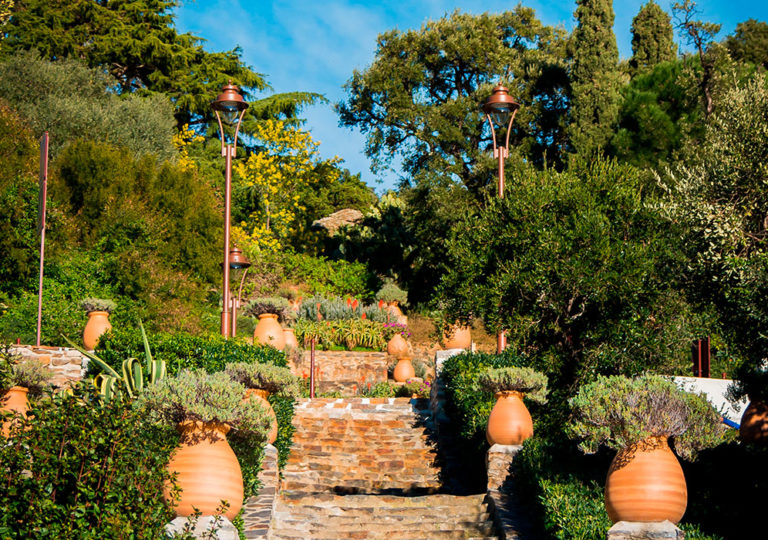 One of the things the village is most proud of is its shale stone monumental staircase, listed on the supplementary inventory of historical monuments. It was originally designed to give residents access to the beaches, at a time when roads had not yet been built. Its architecture is original and climbing it offers a lovely reward: an unrestricted view over the Gulf of Saint Tropez. For this, one has to go up the 780 steps that make their way from the sea up to the village heights and continue as far as the old line, there where the flag attests to the district’s highest point . All along the climb, you are immersed in the 20s Art of Gardening, the age in which the staircase was built.

The Domaine in Le Rayol

The notoriety of the resort is intimately connected to that of the “Jardin des Méditerranées”; its Renoir-like landscapes are amongst the Côte d’Azur’s most beautiful. For the space of this walk, one gets the impression of travelling through the 5 continents, or at least to the places where the vegetation enjoys a Mediterranean climate: from the acacias of Australia to the agaves of Mexico, the bambous of Asia to the linen of New Zealand, the palm trees of Chile to the carob trees of the Mediterranean.

The Highlights of our region 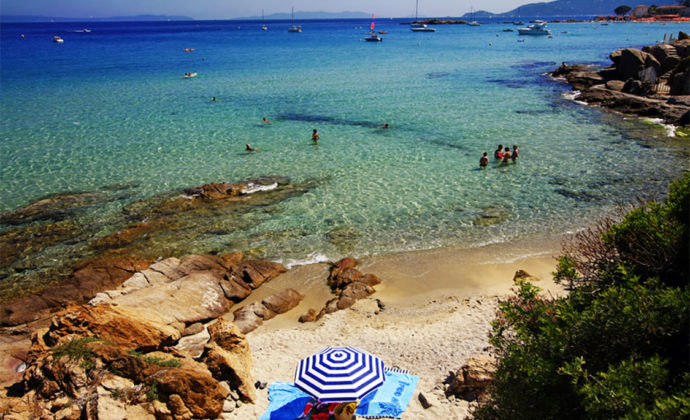 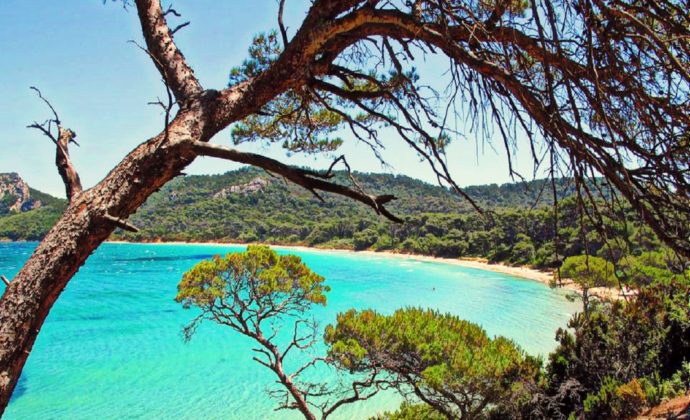 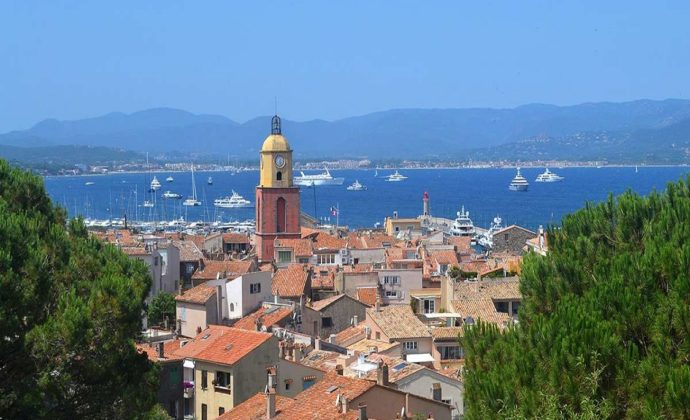 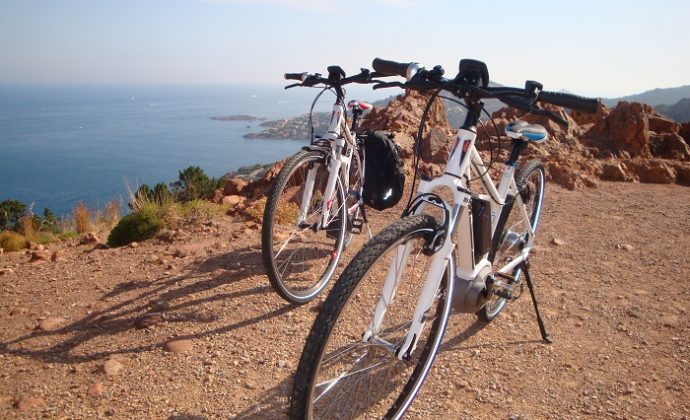 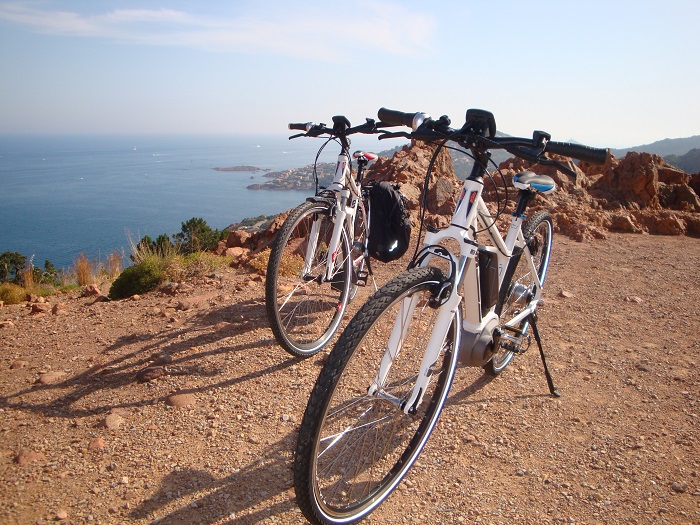 Less than 10 km:
-La Voie verte (from Rayol to Cavalaire) = through the old railway «Toulon>Saint Raphaël » = easy and family hike (about 3h return)

Less than 30 km:
-Coastal path from the beach of CABASSON (Bormes-Les-Mimosas) to the beach of ARGENTIERE (La Londe-Les-Maures) = very nice hike via the beautiful beach of ESTAGNOL = medium hike with few difficult passages (about 5h return)

Less than 20 km:
-Bike ride from RAYOL to CAP BENAT (Bormes-Les-Mimosas) = forward by the road of the Cretes and return by the coast via the 12 beaches of LAVANDOU = medium ballad by the mountain and easy by the sea (about 3H return)

Less than 30 km:
-Bike ride from RAYOL to the beach of PAMPELONNE (Ramatuelle) = varied route through the beach of GIGARO (La Croix-Valmer) = quite difficult (about 3H return) 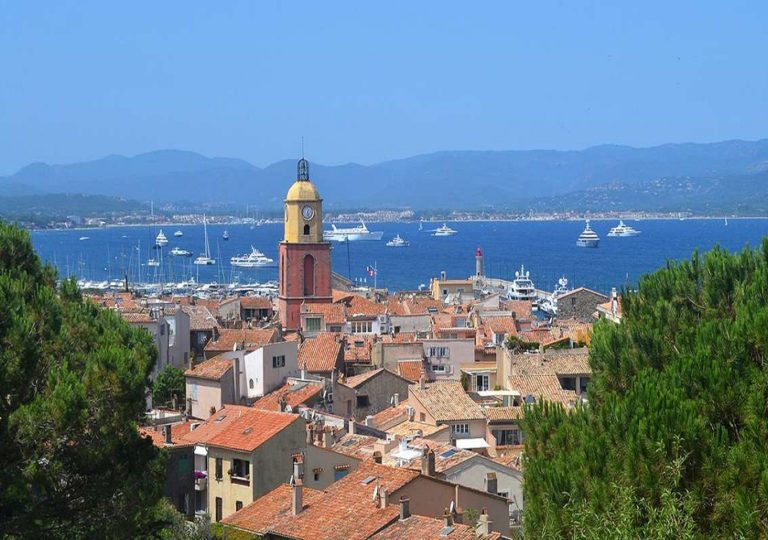 BORMES-LES-MIMOSAS (less than 30 min)
Listed among the most beautiful sites of the Var, the medieval village of Bormes-les-Mimosas is a must for lovers of history and old stones.

RAMATUELLE ET GASSIN (less than 30 min)
-Ramatuelle is a small medieval village, very picturesque with its ramparts, its pink tiles roofs and narrow alleys. Sumptuous panorama on the Pampelonne bay
-Gassin is a medieval village nestled in the middle of the vineyards, which belongs to the very closed club of the «Most beautiful Villages of France».Let’s have the opportunity to taste one of its very good Côtes de Provence wine on its shady square, with a wonderful view of the Gulf of Saint-Tropez.

SAINT-TROPEZ (less than 45 min)
Saint-Tropez is only 25 kilometres from Villa Douce and well worth a day trip. As you walk along its harbour, you maybe dream of Françoise Sagan, Eddie Barclay or Brigitte Bardot, who each left their mark on the place in their own way…

PORT-GRIMAUD (less than 45 min)
Another medieval village perched among oak and chestnut forests from the foothills of the Massif des Maures. Its maritime area «PORT-GRIMAUD» at the end of the Gulf of Saint-Tropez, looks like a «little Venice» with its multiple canals accessibles by electric barque. 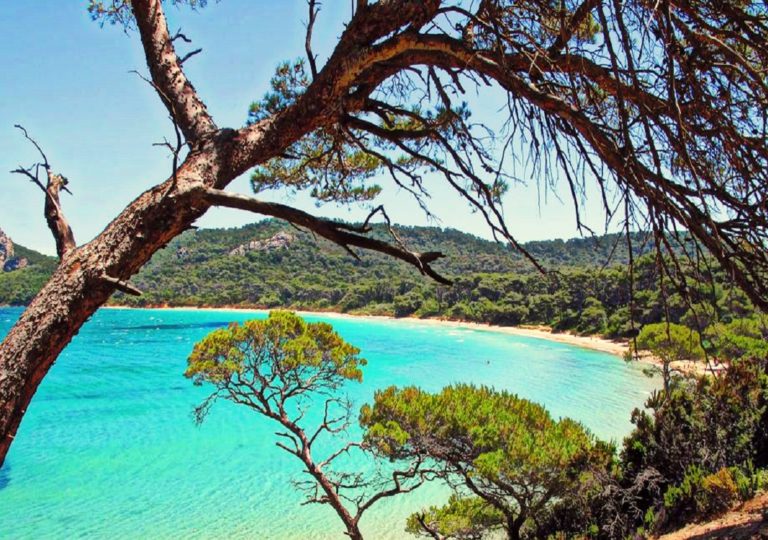 From Le Lavandou or Cavalaire, the Vedettes Îles d’or and Le Corsaire sail all year to Port-Cros and to Levant, and from April to September to Porquerolles.
Moreover, the cruises also offer a naturalistic outing to meet the unforgettable marine mammals of the Mediterranean, dolphins, cachalots, fin whales, black pilot whales…

> The reception of the Villa Douce reserves for you including a discount!

PORQUEROLLES
Porquerolles is the largest, the best known, the so-called «Pearl» of the Hyeres Islands with its large heavenly beaches of fine sand. We discover with happiness its marked trails by foot but especially by bike, to be able to travel it long and wide.

PORT CROS
If you do like hiking, you generally prefers this island, classified National Park of Port Cros, the island is the wildest and the hilliest among the 3 islands. It is also a paradise for divers. Escape to this green island to enjoy its fabulous points of view and clear waters.

LE LEVANT
Known for being the island of naturists since 1931 (the first naturist resort in Europe), the Levant also welcomes those who prefer to stay dressed and they would be wrong to deprive themselves of it. It is a peaceful spot, an unique balcony on the mediterranean sea. 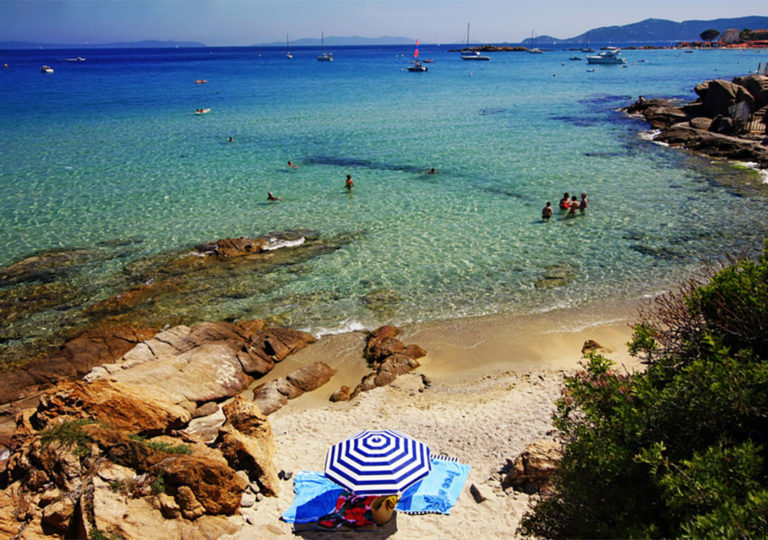 -BONPORTEAU beach in Cavalaire-sur-mer nestled in the heart of majestic cliffs
–Lavandou beaches:
CAVALIERE : the most family-friendly
AIGUEBELLE : the most prestigious
SAINT CLAIR : the most transparent

-The beaches of La Croix-Valmer:
DEBARQUEMENT : the most family-friendly
SYLVABELLE : clear water
GIGARO : the most preserved
-The beach of L’ESTAGNOL in Bormes-Les-Mimosas in a preserved setting

-The beaches of Ramatuelle:
PAMPELONNE : The most famous
ESCALET : Paradisiac creeks
-The “wild” beach  L’ARGENTIERE in La Londe-Les-Maures 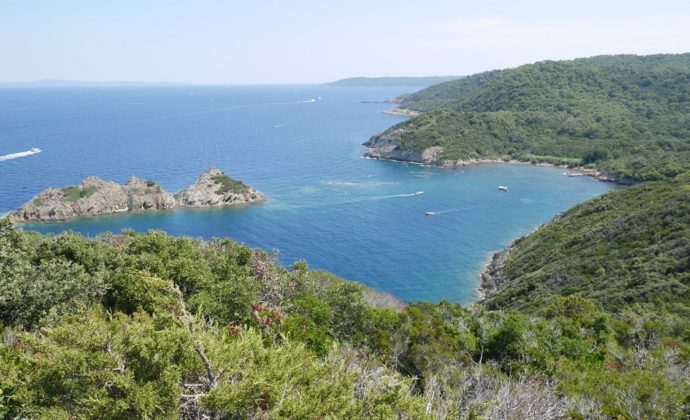 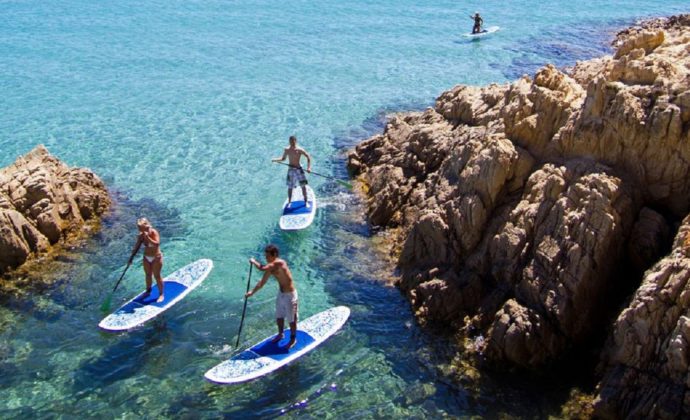 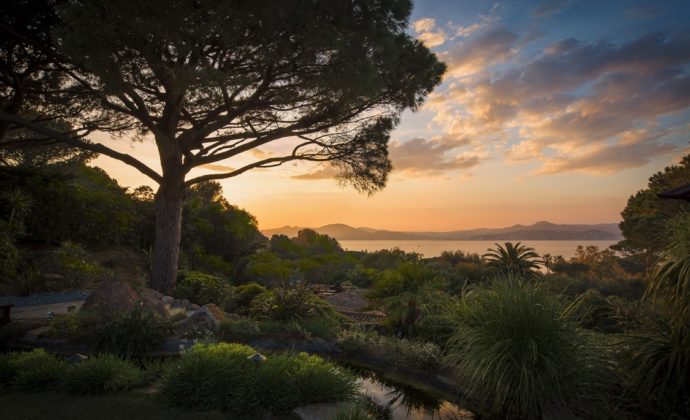 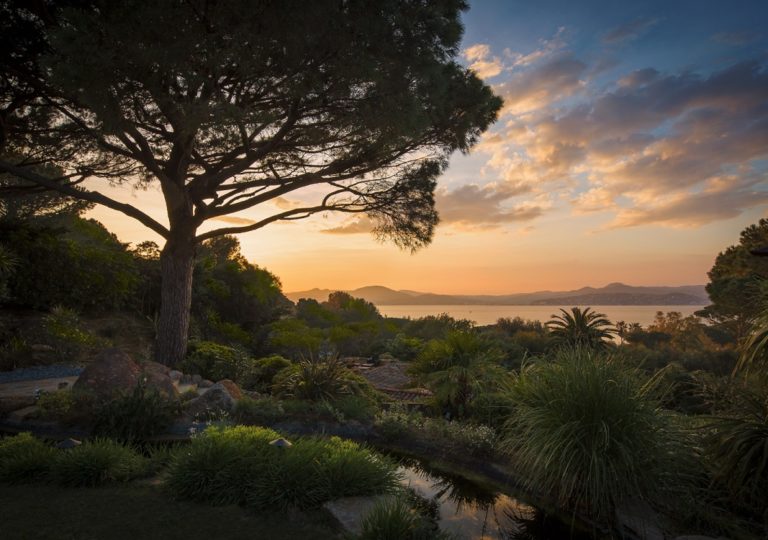 – BRAVADE DE SAINT-TROPEZ from May Monday 16th to Wednesday 18th

Discover agenda of events and festivities, the favourites, the unmissable events of the Var
proposed by Visitvar by clicking ici. 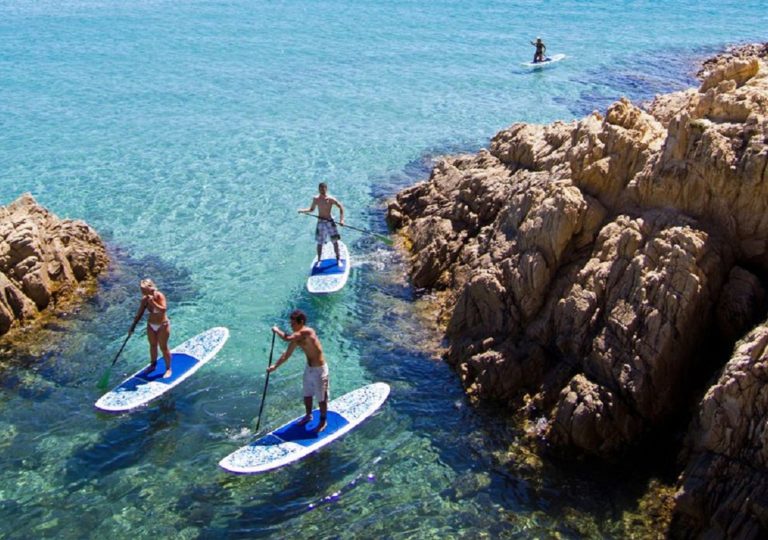 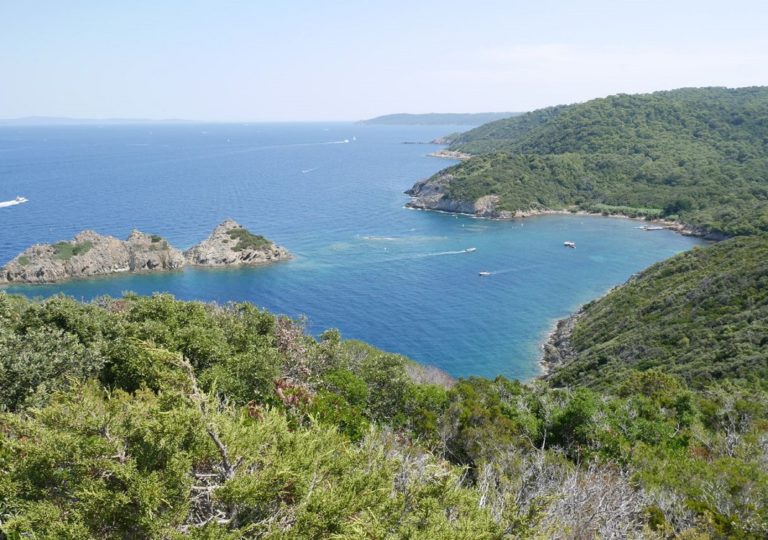